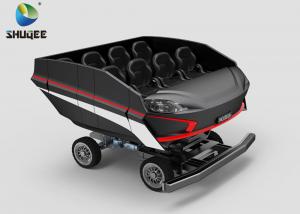 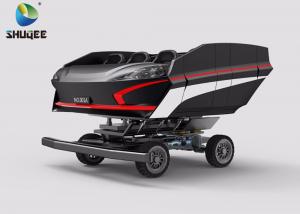 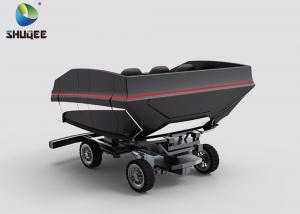 4.Tourists ride on a dynamic sports car as if they are traveling in a fantasy scene composed of real scenes and three-dimensional movies.

5.The entire dynamic track system will change the vehicle's movement mode at the instant specified by the design, resulting in actions such as sharp turns, swings, and bumps, which realistically simulate climbing and falling And so on, leading tourists through a thrilling and dangerous journey.

6. Hardware special effects such as the flares produced by lava jets, fierce collisions of electric sparks, etc. are subtly integrated into the plot of the movie, and under the synchronous control of the computer, they show wonderful special effects performances, allowing visitors to experience the dangers.

7. Experience the test of life and death, enjoy endless fun and excitement, so the dark ride has become the most attractive pillar project of the theme park. 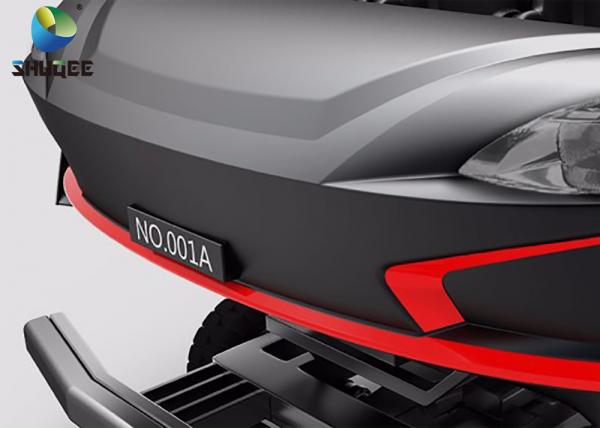 The Principle And Composition Of 4D Dark Ride:
1, The combination of rail cars and virtual reality simulates magical wonders.
2, HD 3D projection system
High-definition 3D projection includes: high-definition projector, projection screen, 3D glasses, it creates immersive pictures, three-dimensional animal plants, etc., crushed stones flying, flares of fire and other effects.
3, Dynamic Rail Car
Dynamic rail car: The body of the dynamic rail car can be changed according to the environment to meet the needs of the movie, and it can make changes such as front, back, left, right, and shock. Let the experiencer be in the virtual environment as if it were real. The car body can be customized according to the content of the movie and fully integrated into the environment. There are several kinds of car bodies with several to dozens of people.
4, Laser Gun
Laser gun: It belongs to the facilities on the moving car body. The laser signal emitted by it is opposite to the story content of the projected picture. The signal is received to achieve the integral of the target.
5, 3D Glasses
Dynamic track car: The effect of seeing the screen picture is more realistic and three-dimensional.
6.Laser Light
Cooperate with screen-scanning experiencers to make people feel like they are in the blast of fire. The manufactured light beam makes people feel the scene environment is complicated.
7, Experience Surround Sound System
The atmosphere of the scene created by makes people feel immersive, feeling that the shells exploded around.
8, Fog Machine
Cooperate with screen explosion to create real smoke and increase realism.
Application areas of 4D Dark Ride Application areas such as children's amusement parks, museums, exhibition halls.

Thank you! Your message has been sent to the following suppliers.